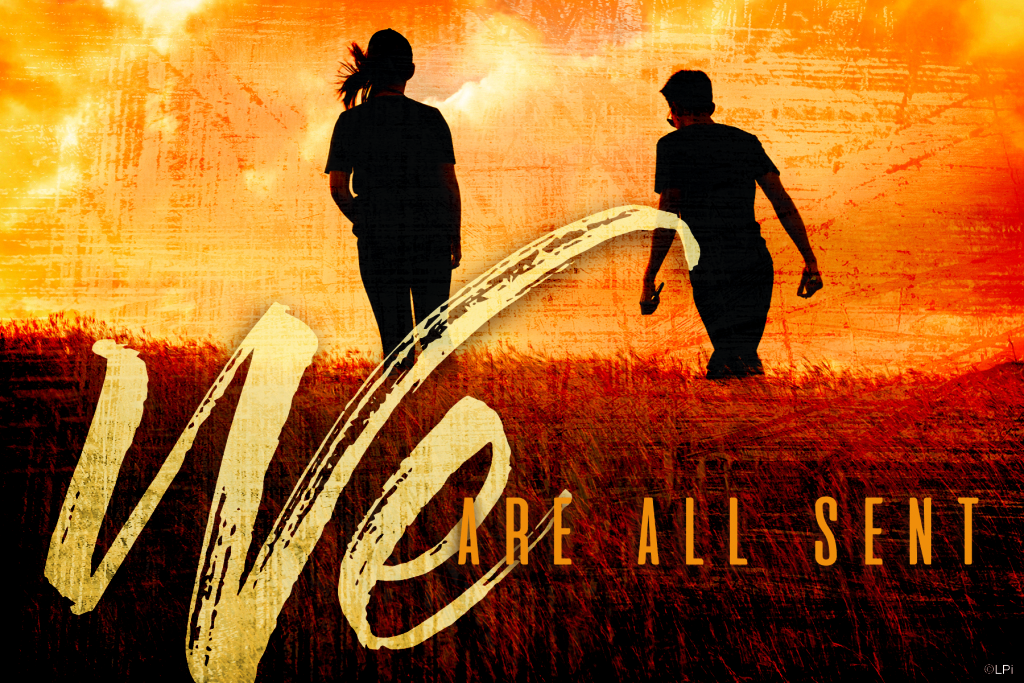 When I read this passage from Mark’s gospel, I found myself remembering how it was when I arrived, newly ordained, to take up my first assignment. My mind has been wandering through memories of my early days in ministry in the Archdiocese as I was recently invited to pen an article to be published in a commemorative magazine in my home parish in the West of Ireland.

I immigrated to these United States in 1994. I was ordained in June and was in my new parish in July. I had shipped two boxes of books ahead of me. They wouldn’t arrive for another month or so. I flew from Shannon airport to Los Angeles via Kennedy Airport in New York. My whole family, along with friends and cousins, came to the airport to see me off. I checked in with two suitcases, both borrowed from extended family who no longer had any use for them. I remember taking my seat on the 747 Jumbo Jet, just a few rows from the back. I must have been a little teary-eyed as I sat there, as one of the stewardesses came over to me and asked if I was ok. Did I need anything? I said no, but a little later as the flight got underway, she returned to inquire a little more, and then offered me a couple “adult beverages”. Approaching New York we were diverted due to a summer storm having knocked out the radar for the area airports. Long story short, connections were missed and it was the following day before I finally made it to LA and to my new home.

The only thing I can remember taking out of my suitcase was a woodcut, a gift to me from my parents when I had first entered the seminary. It depicted the Last Supper, and it has been the last thing I have packed and the first I have unpacked in every transition since.

On the day of my ordination, the local Archbishop, Joseph Cassidy, had the people who were filling the church join him in praying a blessing over me. I had been ordained by Bishop Curry, but Archbishop Cassidy felt the need to add to the occasion. His prayer was a prayer of missioning, and I was “missioned” to leave the West of Ireland to serve the local Church of Los Angeles in the Western United States. In his prayer of blessing he spoke of the years of growing up in my home village that had gone into making me the young man I was then. He spoke of the friends who had helped to shape me, both in my humanity and in my spiritual development. He spoke of the efforts of my teachers and the parish priests I had known as I grew up, all of whom made a contribution to the good of my being. He spoke of the seminary classmates and professors who had accompanied me during my time in All Hallows in Dublin, and finally he spoke of my brothers and sisters and my parents, who had gifted me with so much over the years, and who now were selflessly willing to share me with strangers and with a world they had neither met nor seen.

Practically speaking, I arrived to serve and to take up my first assignment with a little more than the walking stick commended to the apostles by Jesus in today’s gospel. But figuratively, my couple of suitcases and two boxes of books amounted to little more. I found myself having to trust the hospitality of strangers, and it proved with the passing of time to be a well-placed trust, as people opened their homes and the hearts to me. Indeed, some of my dearest friends over these years have endured from my first assignment, and I can confidently say these were men and women who made possible my being able to take up the mission to which I had been sent by the people of my home, and to which I was called by our loving God. Their hospitality and their goodness toward me, their prayers and their enduring support have been nothing less than grace for me.

Whenever we find ourselves faced with an opportunity to share hospitality and care with a stranger, let us endeavor to greet the one who comes among us as we would greet Christ. We never know what the fruit of our hospitality might yield under the careful and watchful eye of God who blesses all our works. We might never know what work of God we might be contributing to when we look out for the stranger and support the “missioner” among us.

There are no comments yet - be the first one to comment: